Plant a tree in memory of Jeffrey
An environmentally-friendly option 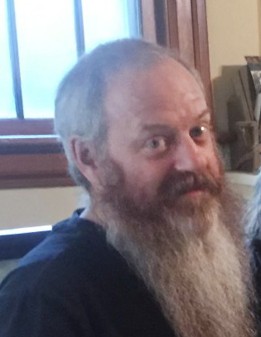 It is with deep sadness, we announce the passing of our son, Jeffery Arthur Reed of Edmonton, Alberta on Tuesday, March 30, 2021 at the age of 45.  Jeff was born in Trail, B.C. on June 28, 1975 to Art and Laureen Reed.  He passed away peacefully in University of Alberta Hospital due to complications from a stroke and other health problems.

Jeff is predeceased by: his brother, Nathan Reed; his aunt, Jackie (Reed) Mitchell; his uncles, James Mitchell, and Pat Blanchard; his grandmas, Audrey Mann, and Patricia (Ewing) Ross; and his step-grandpa, Tom Ross.

There was nothing finer for Jeff than sitting around a campfire and playing his guitar with Grandpa Richie and cousin Gabe on fiddle, uncle Phil on banjo, and auntie Heidi on whistle.  Jeff loved to go camping with his special friends, Sheena, Craig, and Amy.  He also loved going for walks along the river with his daughters and collecting rocks, taking them home and polishing them for us.  His other passion was cooking and he was very accomplished at it.  He would cook us the best Christmas Dinners ever!!  It is so sad that Jeff never got to see his daughters graduate from University, it was the one thing that really kept him fighting.  He had a very difficult life with his health for a young man but now his fight is over.  May his beliefs bring him to a place filled with peace and comfort.  He will never be alone and fond memories will always be in our heart.

There will not be a service for Jeff as per his request.  There will be a celebration of life at a later date.  Thank you very much to all of our Family and Friends for all of your kindness and support.  Love to you all.  Donations can be made to the Heart and Stroke fund or the Kidney Foundation.

Plant a tree in memory of Jeffrey by clicking here.
To send flowers to Jeffrey's family, please visit our floral store.

A service summary is not available

Plant a tree in memory of Jeffrey
An environmentally-friendly option

Plant a tree in memory of Jeffrey

7 trees planted in memory of Jeffrey

There are 5 photos available in the gallery

Grandson Jeff loved nature and planting 3 trees in his memory is very fitting. I will miss his thoughts about things. He was so intelligent.
Love
Grandpa Richie.
Richie Mann

Although we didn't get to see you as much as we'd have liked, each time we did spend with you was special to us, Jeff. Our guys always thought their big cousin was so cool! You will be so missed. Always in our hearts~

our deepest condolences Art and Laureen, and all family.

We are so very sorry to hear about Jeff. We remember him as being such a likeable and very smart student. Our deepest sympathies to Art, Laureen, Ben and families.
Bruce and Linda Squair

We are so very sorry for your loss. Jeff was a great person and he will be missed. We have fond memories of him coming to our wedding and showing us all how brussel sprouts are meant to be made! Chef extraordinaire, he was as humble as they come. We're thankful we had the chance to share a small moment in his life. Sending lots of love to family and friends. We'll miss you Jeff❤

Plant a tree in memory of Jeffrey